The IK controlled avatar is modular, meaning it works with any vehicle controller that uses the horizontal and vertical axes after a few small changes to the inspector and avatar prefab. In this example I’ll use the IK Driver Avatar Rig with a vehicle prefab from NWH Vehicle Physics. To begin, start in a fresh project and import NWH Vehicle Physics and IK Driver from the asset store. https://assetstore.unity.com/packages/tools/physics/nwh-vehicle-physics-107332 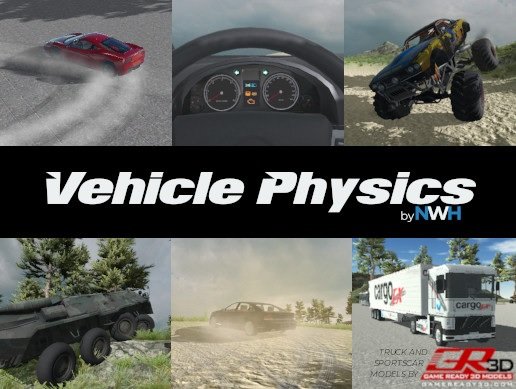 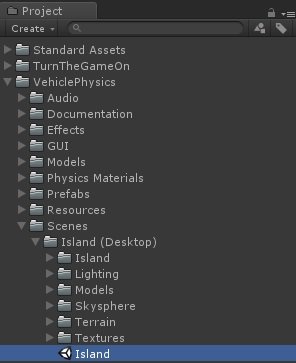 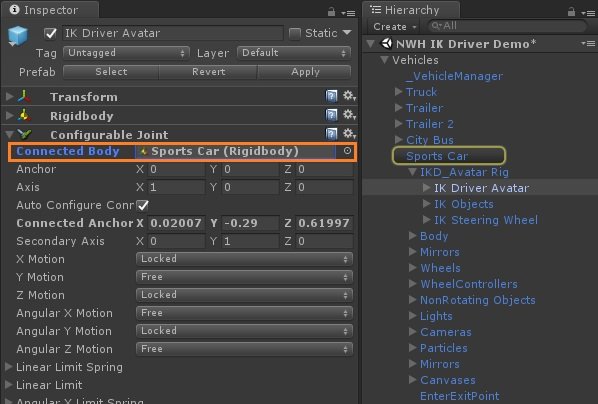 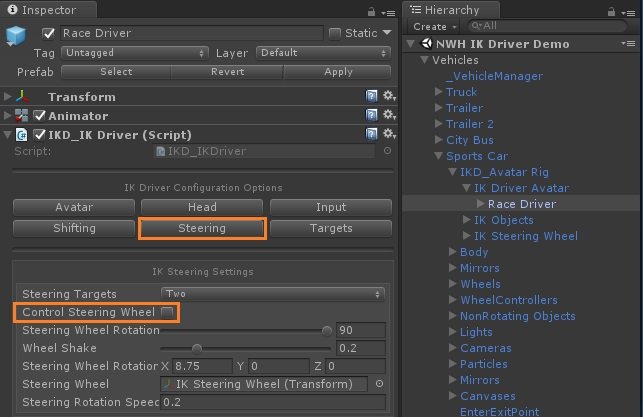 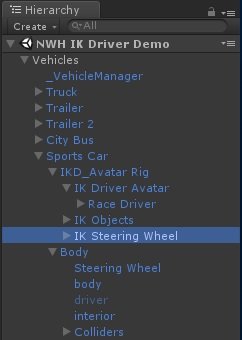 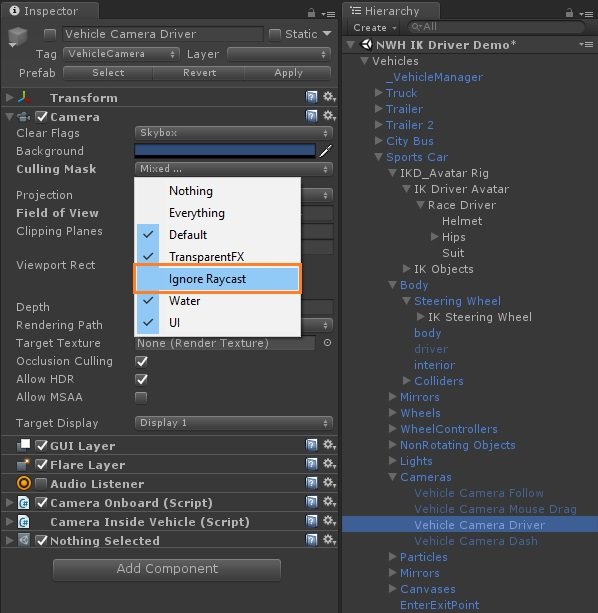 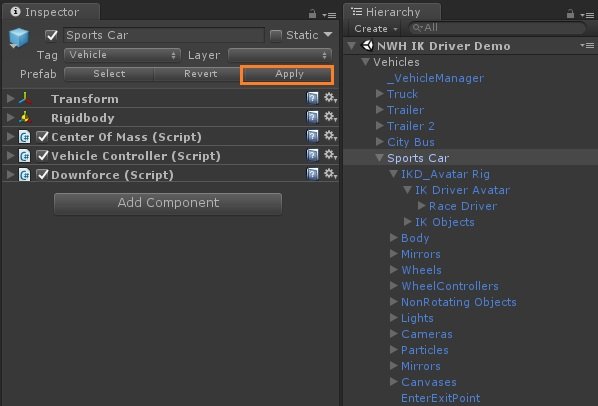