AI cars can be configured to simulate simple traffic behaviors like driving in a designated lane, turning into a new lane at intersections, stopping for red lights, and stopping if another car is in front to avoid collision.

This tutorial demonstrates how to configure AI cars, AI waypoint routes and traffic lights to create traffic simulations for your own projects.

This city scene has dozens of winding waypoint routes and intersections, it’s included as a more advanced example of what can be achieved. Be sure to explore this scene before getting started to familiarize yourself with the content.

In this tutorial, we will cover the basic concept and procedure of configuring and linking multiple waypoint routes for traffic vehicles to drive on using the included RacingCity scene. Once we have connected routes, we can add a traffic light to control when a vehicle can exit a route and proceed to the connected route(s). 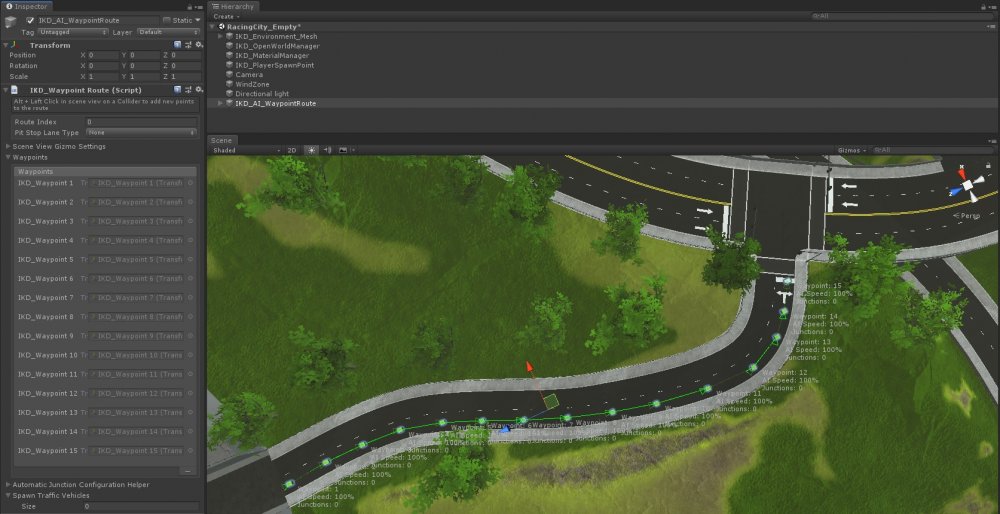 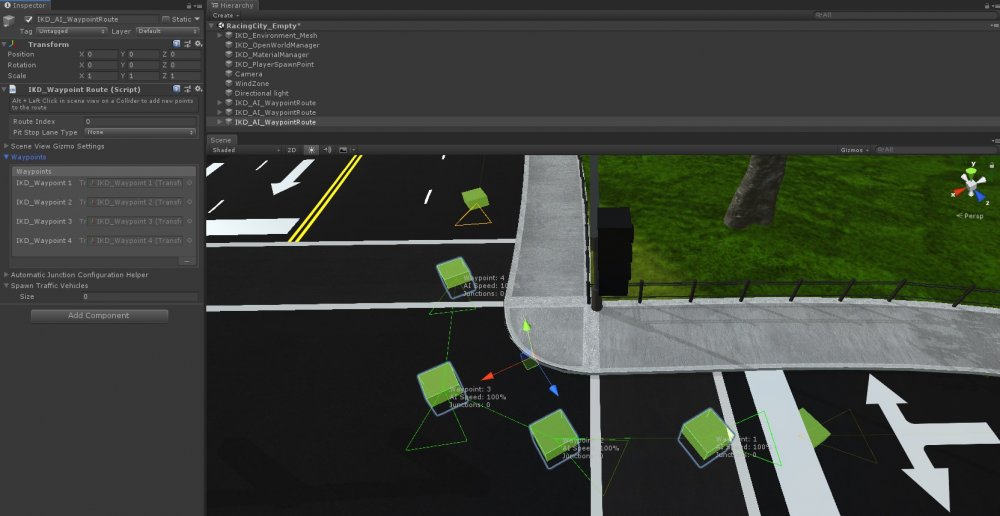 You may notice the AI cars do not slow down for the turn, we’ll need to set speed limits on the waypoints in order to limit the car AI top speed and have them behave as desired. Every time a car collides with a waypoint on it’s current route it will use that waypoint’s OnReachWaypointSettings. 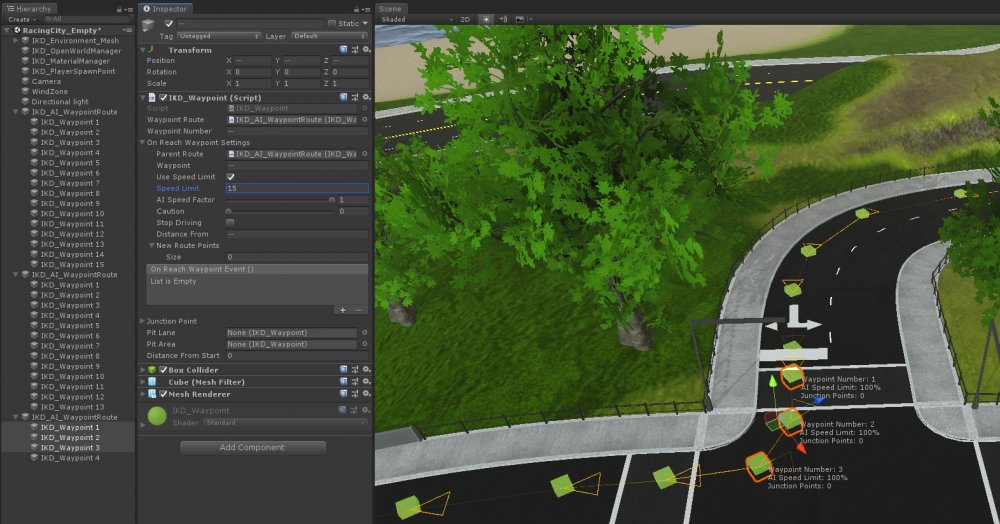 The cars should now turn at an acceptable speed and make it to the end of the 3rd route.

Create Another Route For The Intersection

This will have a generic traffic light object that you can configure for your needs; by default it’s conveniently located near our first road’s traffic light pole. 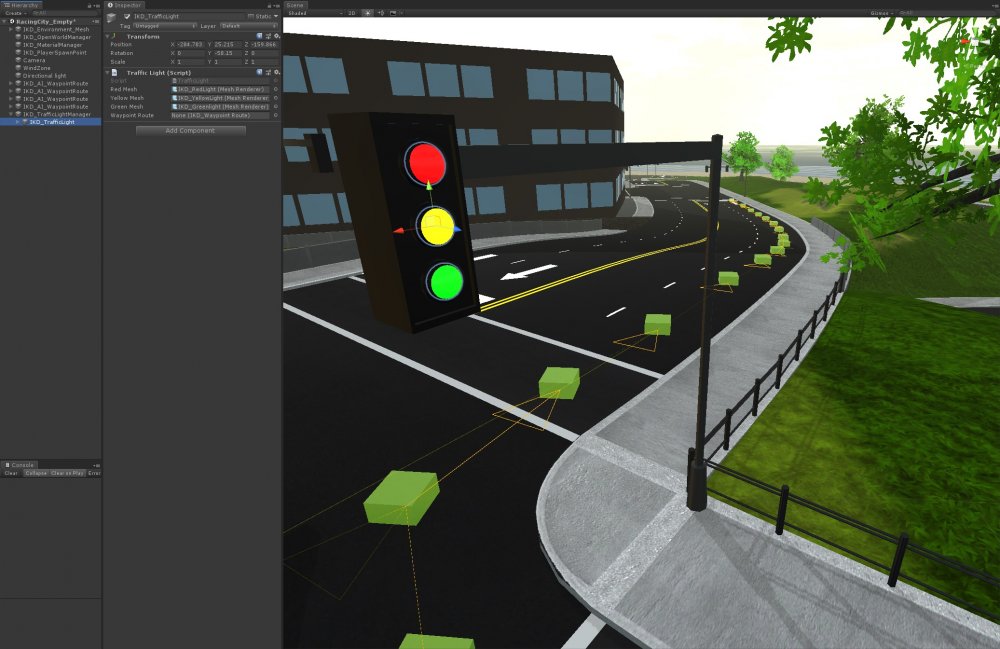 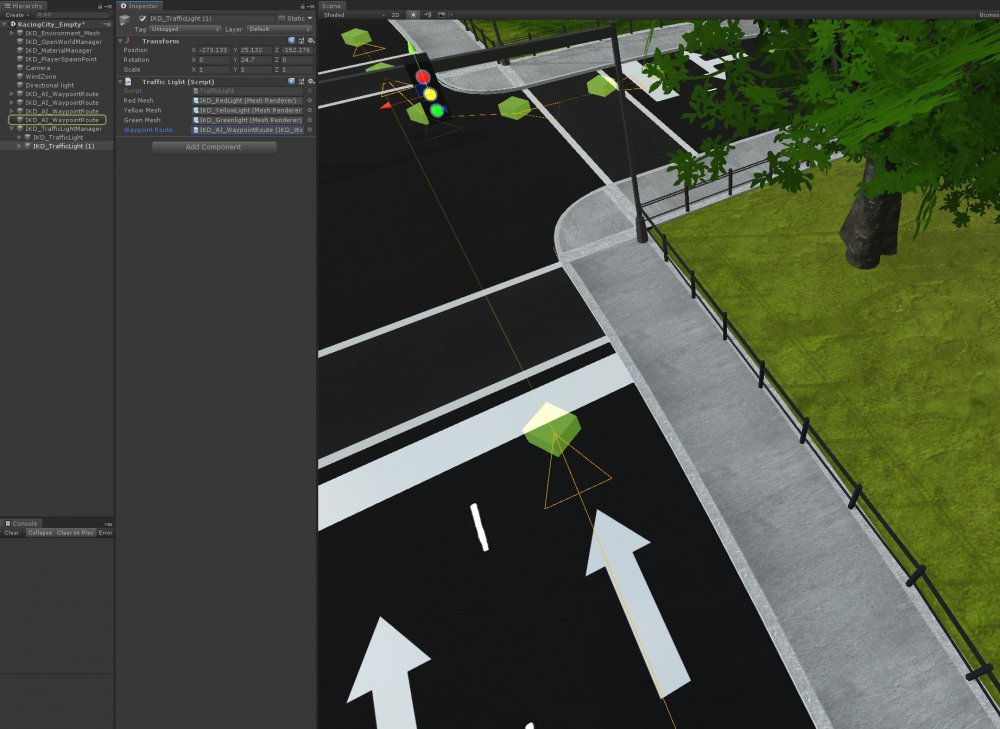 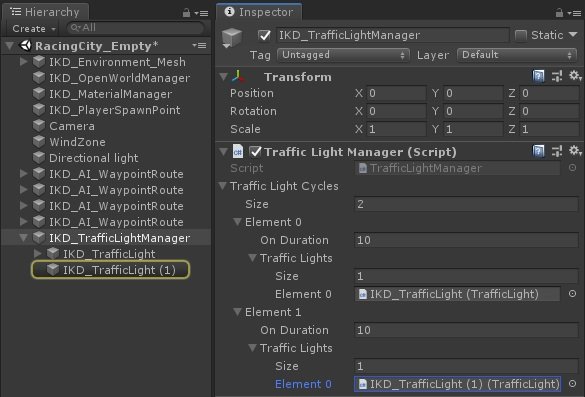 The AI cars should behave as expected, and only proceed through the intersection when the light is green.

You may repeat these steps as many times as necessary to create more complex road networks, with groups of traffic lights controlling waypoint routes, while in sequence to create traffic simulations.

This tutorial is now complete. Thank you.